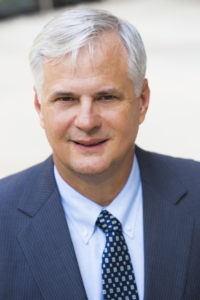 Financial exploitation of elderly citizens by those closest to them has always been a serious concern. There is a prevalent myth that elderly individuals are most commonly victims of financial fraud and abuse committed by strangers who are unknown to them. This is not true. Statistics demonstrate that financial abuse against an elderly individual aged 65 or above is far more likely to be committed by a known and a trusted family member or other individuals who are well-known to them rather than by an unknown individual. The number of assets wrongfully taken by a known family member can be sizeable and catastrophic.

There are many types of financial exploitation. In Hawaii, many of the most common examples of financial abuse are embezzlement of checking and savings accounts, gaining access to retirement accounts, including Social Security, as well as becoming a beneficiary of individual retirement accounts, stock brokerage accounts, and other sources of valuable savings. In addition, senior citizens are often victims of subtle pressure which results in changing the title to real estate, placing home equity credit lines on their property with the end result of lines being drawn down upon by a family member or other trusted third party. Additionally, fraudulent powers of attorney, wills, or trusts are created which selectively benefit one family member to the detriment of other prospective family heirs.

Often, when financial exploitation is discovered by a third party, it is either too late, or the situation requires going to court to prevent further exploitation, or to legally void fraudulently obtain deeds, beneficiary designations, and estate plans that have been wrongfully created or executed.

Hawaii residents are highly vulnerable, in part, because of the relatively high rate of multigenerational living within one home, giving family members additional access to their parents or grandparents. This is particularly true when a member of an extended family has lost his or her job and is desperately looking for other means of financial support.

Now, particularly during this time of stay-at-home, work-at-home mandate, additional opportunity and motivation by a family member to commit financial abuse against a parent or grandparent occur when that family member is motivated by their own fear and financial distress.

According to Honolulu trust and estate litigation attorney, Michael Rudy, Esq., his office has already noticed just within the last two weeks, an increase in the number of calls to his office by family members that have suspected or witnessed a sibling or other trusted relative taking advantage or attempting to gain access to a parent, grandparents’ or other live-in relative’s cash or other liquid assets.

According to Mr. Rudy, “While there is nothing wrong with families pooling financial resources together during difficult times, there is a not-so-fine line between an elderly person providing voluntary and knowing financial assistance to his or her extended family members and secretive financial abuse and exploitation of a vulnerable adult. The latter will have long-lasting and permanent repercussions for our elderly population.”

In short, the results of financial exploitation committed against elderly retirees may last far beyond the few short months that, hopefully, this pandemic will last.

Financial abuse against the elderly is an opportunistic attack. By all family members being involved and sharing in the collective responsibility of protecting their parents, grandparents and other vulnerable family members, we can all ensure that our elderly family members are protected during these financially stressful times.